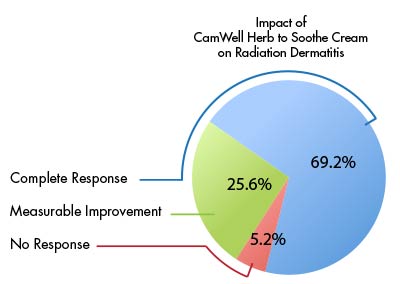 Background: Acute radiodermatitis caused by radiotherapy (RT) among cancer patients is a common side effect with the incidence of 90% higher showed in literatures. It can not only influence the therapeutic program but also bring suffer to patients and impair their quality of life (QOL). We performed a randomized, controlled, open-label study to evaluate the efficacy and safety of external treatment with TCM, treating the irradiated skin in one group with ‘Erhuang Decoction’, while leaving the other group untreated.

Methods: The acute skin reactions were classified according to the RTOG scores. Patients with skin reaction of 2 to 3 grade were eligible and those with the same skin toxicity grade level were randomized to TCM group (n = 39) or control group (n = 37). Patients in TCM group were instructed to apply the irradiated skin with hydropathic compress using ‘’Erhuang Decoction’ 20 min for each time and 3 times a day for one week. Symptoms of skin lesion, pain and QOL were evaluated on baseline and a week later. Both groups were educated with nursing knowledge during RT. 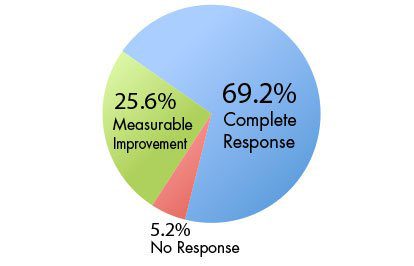 Conclusion: Chinese herbal medicine ‘Erhuang Decoction’ for external use may be an effective and safe treatment for acute radiodermatitis.

Footnotes: This abstract was selected for oral presentation at the 10th International Conference of the Society for Integrative Oncology (SIO) in October 2013. The formulation of CamWell™ Herb to Soothe™ is the same as ‘Erhuang Decoction’ above in this randomized, controlled, open label clinical study.