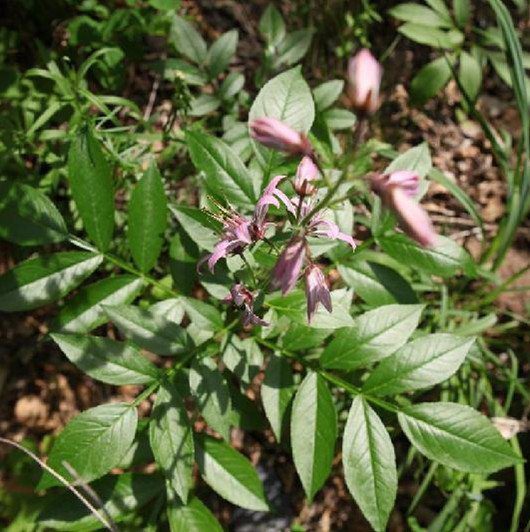 Cortex Dictamni is the dried root bark of Dictamnus dasycarpus Turcz. The earliest record of cortex dictamni is found in Shen Nong Ben Cao Jing or Shen Nong’s Herbal that date to the Eastern Han Dynasty (25-220). In natural medicine, Cortex Dictamni is used internally and externally as a proven herbal ingredient for the treatment of a variety of inflammatory diseases including skin conditions with excessive secretion and itching.

It is well known that histamine is an important mediator of itching and serotonin is another important mediator responsible for scratching behavior in pruritus and some pruritic diseases. Jiang and colleagues reported that extract of dictamni had anti-allergic properties characterized by the inhibition of histamine and serotonin release and the scratching behavior in an
in vitro study 1.

Phytochemical studies have shown the presence of furoquinoline alkaloids, limonoids, flavonoids, coumarins, sesquiterpenes and sesquiterpenes glycosides in cortex dictamni 1, 2. Yoon, et al demonstrated that the limonoids of cortex Dictamni such as dictamnusine, dictamdiol A, fraxinellone, calodendrolide, obacunone and limonin had significant neuroprotective activity against glutamate-induced neurotoxicity at a concentration of 0.1 microM in primary cultures of rat cortical cells 3. It was reported that the isolated alkaloids from dictamni significantly inhibited nitric oxide (NO) production in lipopolysaccharide-stimulated BV2 cells 4. Literature shows the root bark of dictamni has a wide range of biological activities including the inhibition of human pathogenic fungi 5.

Du and colleagues have reported that cortex dictamni was used in eczema, cutaneous pruritus and uricaria therapies as an external and internal medicine 6. In a one year follow up study, Sheehan and Atherton in UK reported that cortex dictamni as a component of a standardized natural herb formulation was effective in the treatment of children with atopic dermatitis 7.

Cortex Dictamni is one of the active ingredients in both Unitech Medical® CamWell™ Hand to Heal™ and Herb to Soothe™ botanical creams.